I was raised in Redding, CA and began attending Humboldt State College (HSC) in 1963 studying Forestry. In 1964-65, I was in the US Naval Air Reserve at Alameda NAS. I returned to HSC in Spring Semester 1966 studying Natural Resources and Wildlife as a double major. In the summers, beginning in 1963, sans 1965, I worked out of the Redding Office for California Department Fish & Game up through the summer of 1970. That work instilled my interest in what I began studying upon my return to HSC. During those years I took an elective course called PRINCIPLES OF RANGE MANAGEMENT, and it was inspirational, so I changed to the new Range Management major. It also coincided with my summer work in the wildlife habitat improvement since understanding soils and rangeland plants was instrumental to providing the best wildlife habitat for large mammalian and avian species living in rangeland habitats. I graduated in 1970 and moved in September to study a masters degree in Range Science at New Mexico State University and then moved in September 1972 to study a doctoral degree in Rangeland Sciences at Utah State University, graduating in Spring 1978. My thesis work was on the foraging habits of semi-free ranging Mule Deer and I was the first person to determinethe actual fee-ranging forage intake of Mule Deer. In January 1977, I returned to New Mexico State as a Visiting Professor and in September 1978 began my professional career at Cal Poly Humboldt. I retired in August 2009 and began a 5-year Faculty Early Retirement Program (FERP) until fully retiring in mid-May 2014. After 5 years post-retirement, I remain active with Humboldt, therefore, I have been engaged with Cal Poly Humboldt for nearly 50 years.

Professionally I have served the Society for Range Management as Director on the SRM Board, three times President of the Range Science Education Council, California Section President and 13 years as Treasurer, plus membership on many SRM committees. I also was the Humboldt Plant Team Coach (1979-2009). I have served as a Department Chair for several departmental configurations for about 18 years and the last 10 years was the Forestry and WildlandResources (rangeland resources, watershed management, and wildlands soils) Chair with a wonderfully productive faculty. As you may notice, the FWR Department has one of the largest shares fo the Cal Poly Humboldt Foundation investment portfolio, and I am very proud of that accomplishment. Recently we held the celebration of the nearly 900-acre Jacoby Creek Forest Acquisition, along with acreage for the City of Arcata, from Sierra Pacific Industries and the Emmerson Family. These lands are multi-disciplinary and will be held by the Cal Poly Humboldt Foundation similar to the L.W. Schatz Demonstration Tree Farm in the Maple Creek area. Additonally, I am proud to state that I am the only HSC/HSU faculty member to have held all three faculty leadership positions, Chapter President for the the California Faculty Association and State Council Representative (4 years), General Faculty President (4 years), Academic Senate Chair (1 year). I am now the Treasurer and State Council Representative for the Humboldt Emeritus and Retired Faculty Association, soon to become the Humboldt Emeritus and Retired Faculty and Staff Association. Finally, I am proud to begin my service to the university on the Cal Poly Humboldt Foundation Board of Directors. 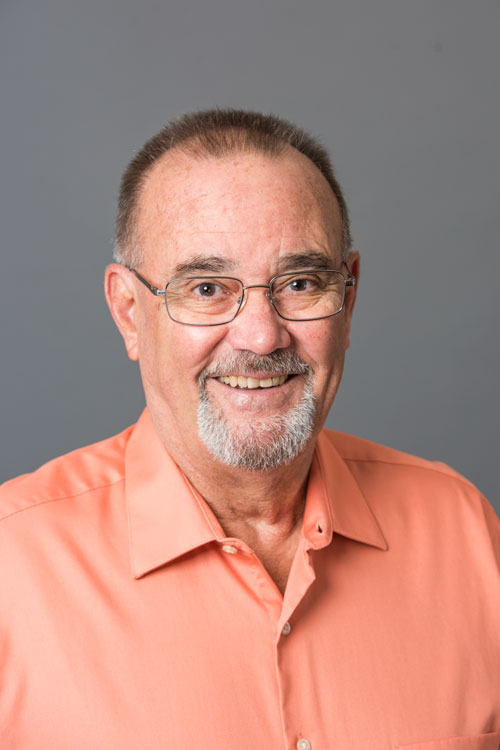