In Fulfilling a Philanthropic Promise, the Healing Begins 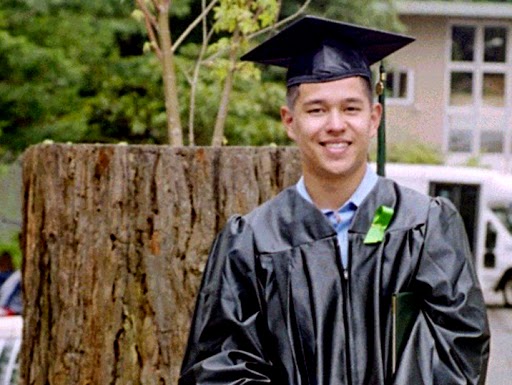 It began with a promise.

In 2007, Marguerite Hogan told herself that one day, she would expand a scholarship program that her family had created in memory of her brother Braden (‘05, Wildlife).

Marguerite has done more than keep her vow—she has made a long-term investment with a recent gift of $230,000 to establish The Braden Hogan Memorial Wildlife Internship Endowment. The endowment will directly support paid internships for HSU Wildlife students, particularly students who are not traditionally represented in wildlife professions.

“I imagine that had Braden been alive he would have made strides in a career related to the things he was passionate about: environmental education and preservation, wildlife, and nature,” she says. “My brother was more of a hands-on kind of guy, someone who wanted to get out there and do the work, and this endowment is consistent with the spirit of what he valued.”

The ultimate goal of the endowment is not only to keep the doors of opportunity open but also to open those doors even wider.

“Students in many disciplines are often expected to do unpaid labor,” says Daniel Barton, a Wildlife professor and department chair. “For our discipline and the sciences in general, finding ways to create paid opportunities to make the field more equitable is a moral imperative. This amazing gift will keep our internship program going in perpetuity and give students the same experiences that Braden had.”

According to Marguerite, those experiences left a lasting impression on Braden, who found a sense of belonging and cherished the support and camaraderie of the department.

“He had a lot of great things to say about the Wildlife department—how professors cultivated the careers of students and its close-knit community,” says Marguerite. “HSU was a natural fit for Braden not only academically but also personally. He loved being out in nature and backpacking and was around like-minded people.”

Marguerite’s gift is part of a philanthropic journey that began soon after her brother died of lymphoma 14 years ago. Their family had pooled their money together to create the Braden C. Hogan Memorial Scholarship for Wildlife majors. It was a generous gift, though one she says was driven primarily by grief.

“The day I committed to creating the endowment I began the process of healing from the pain of losing Braden,” she says. “I also realized that a lot is possible and that by starting a new fund I could make a broader impact.”

In many ways, Braden has left a legacy of his own. A paper on the effects of Brant geese on eelgrass in Humboldt Bay, authored by Barton and Wildlife professor Jeff Black and Biology professor Frank Shaugnessy, includes research that Braden conducted as an undergraduate. Dedicated to Braden, that paper will be published in a science journal, Ecosphere.