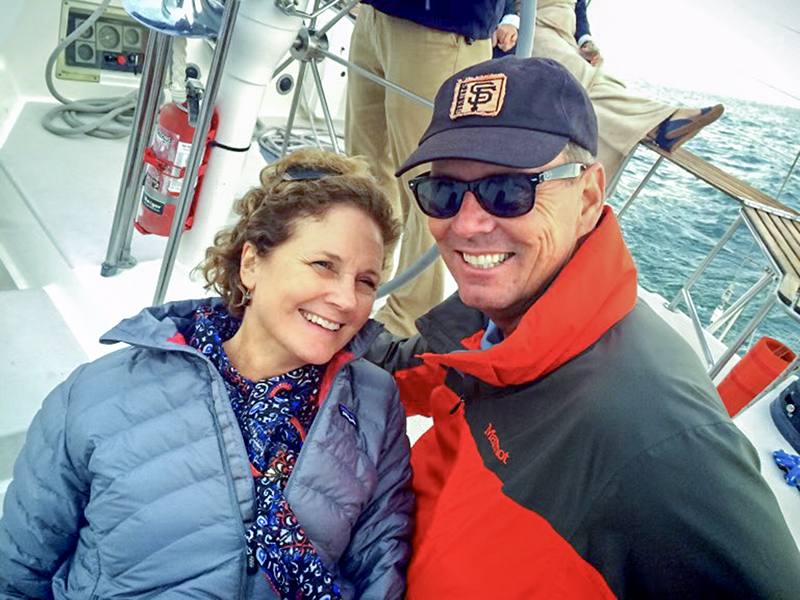 During his first few semesters at Cal Poly Humboldt, Nathan O’Dell Johle (‘21, Botany) was taking a full course load while working more than 20 hours each week. Soon the stress of balancing both became challenging.

That changed in 2019 when he was awarded the Ballard Scholarship. Established by alumni John and Kathy Ballard, the annual scholarship has supported Biology and Psychology students since 2010. The scholarship helped Nathan pay for textbooks, rent, and other expenses. It also gave him a peace of mind that he needed to focus on academics and become the first in his family to graduate from college.

“The Ballard Scholarship helped immensely. I didn’t have to stress about money as much. Knowing that I could afford to get sick or take a day off to study for an exam without having to worry about paying the bills was relieving,” says Nathan. “I was a first generation college student with limited resources. With the financial support I received, I maintained a 3.9 GPA even while taking 16-18 units. I want to thank the Ballards a thousand times over for providing these scholarships.”

Nathan is now applying his botany knowledge and skills as a field biologist, surveying for environmental services company TransTerra Consulting in Arcata.

After more than a decade supporting high-achieving and deserving students like Nathan, the Ballards are now shifting their focus to make an even broader impact. With a recent $500,000 gift to the University, they established the Ballard Scholarship Fund endowment, which provides $5,000 in annual scholarships for up to two students who are pursuing STEM degrees. Their gift also funds an effort aimed at supporting aspiring entrepreneurs, providing mentoring and paid internships that benefit students of all majors.

“Humboldt was a transformative experience for us,” says John (‘80, Psychology). “Our original scholarship was our way of giving something back to the University by funding students who could benefit financially and get the same experience we had at Humboldt.”

Similarly, Kathy (‘79, Biology) found in Humboldt a special place where futures are realized. “Humboldt made a difference for me. Because of the courses I took there, I was accepted to an internship program that led to certification and a career as a clinical laboratory scientist. I went to Humboldt because of the curriculum and because it’s a gem of a place in the redwoods.”

Inspired by the University’s recent designation as the first polytechnic institution in Northern California, the Ballards see their gift as a long-term investment in the future workforce of California and in the regional economy.

A former longtime executive for SPX Corporation—which develops products and technologies for detection and measurement applications— John is excited about the buildout of four new Engineering programs that have been approved for Fall 2023.

“We didn’t have enough well-trained engineers, and that’s a significant challenge for the nation going forward. I’m excited that Cal Poly Humboldt is going to invest in engineering programs that could transform people's lives in a significant way,” he says. “Our gift also supports broader efforts to bring sustainable growth and employment to the North Coast economy. Through funded mentorship and student internships, we also hope to inspire innovation that helps students realize their dreams after college while benefiting the region and the state today.”

Learn more about supporting students and programs at Cal Poly Humboldt. Go to giving.humboldt.edu or call 707.826.5200.