Tom Jackson, Jr. is the 8th President of Cal Poly Humboldt. He began his tenure at Humboldt in June 2019, bringing strong leadership experience and a proven commitment to supporting student success.

"There are few institutions that are as closely tied to the success fo their respective communities as Humboldt," President Jackson says. "A degree from Cal Poly Humboldt can lift the life of the person earning it as well as the lives of their family, and those degree holders drive the success of the entire North Coast."

President Jackson previously served as President of Black Hills State University in South Dakota. He has held other leadership roles within higher education including Vice President for Student Affairs at both the University of Louisville and Texas A&M University-Kingsville. He has also held administrative positions at McMurry University, University of Texas at El Paso, Cal Poly San Luis Obispo, the University of Southern California, and St. Mary's University.

Jackson earned an associate's degree from Highline Community College, a bachelor's degree in business management/personnel from Southwest Minnesota State University, a master's in counseling/student personnel from Shippensburg University, and a doctorate of education from the University of La Verne. A first-generation student, Jackson is also a veteran of the U.S. Coast Guard Reserve, Army National Guard, Texas State Guard, and the Indiana Guard Reserve. 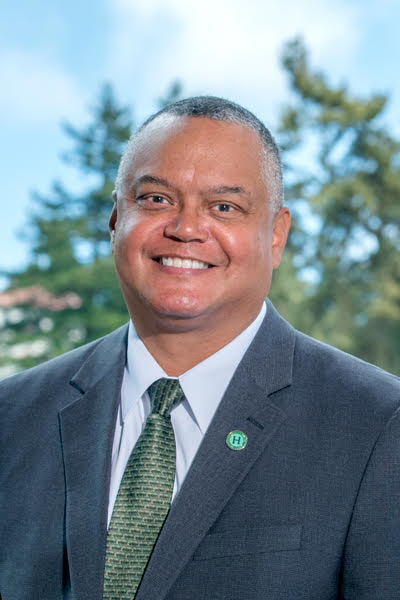